Optical kerr effect (kerr gating) was studied in benzene and a 50:50 mixture of water and acetonitrile. With the analysis of data, time resolution of the experiment is defined and reorientational times of the mentioned molecules are qualitatively compared.  Wavelength of the pump pulse (gate puls) was 267nm and the spectrally broadened probe pulse was generated by focusing a fundamental laser beam of 800nm in a thin sapphire plate (in the case of benzene) and in a thin calcium-fluoride plate (in the case of water-acetonitrile mixture) where supercontinuum extends more to UV wavelengths than in the case of a sapphire plate. Besides 2D plots, wavelength cuts (signals at specific wavelengths vs delay) are given. 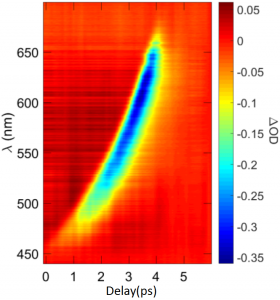 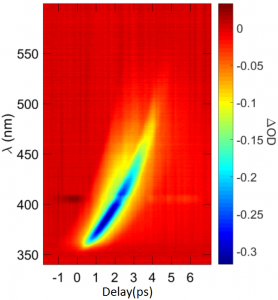 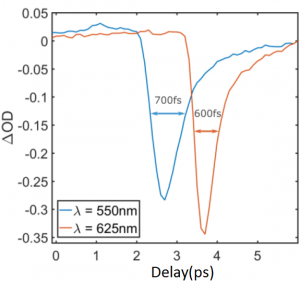 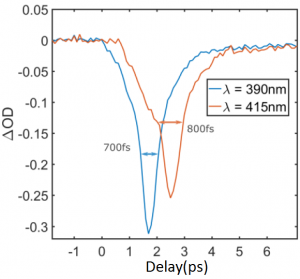